Exchange rates calculator
In case of conversion of  more than USD 25,000 or equal currency the transaction is carried out on a contractual basis, at the Bank's discretion and at the rate specified by the Bank.
An amount of 400,000 AMD (inclusive) or equivalent foreign exchange transactions is required to submit an ID.
There are no commission fees for conversion transactions.
Damaged USD and EUR banknotes as well as USD banknotes  1995 issuance are subject to a 3% commission.
Banknotes with a face value of 500 Euros are not accepted by the Bank, converted or replaced.
ACBA-CREDIT AGRICOLE BANK held the draw of #myamexcard 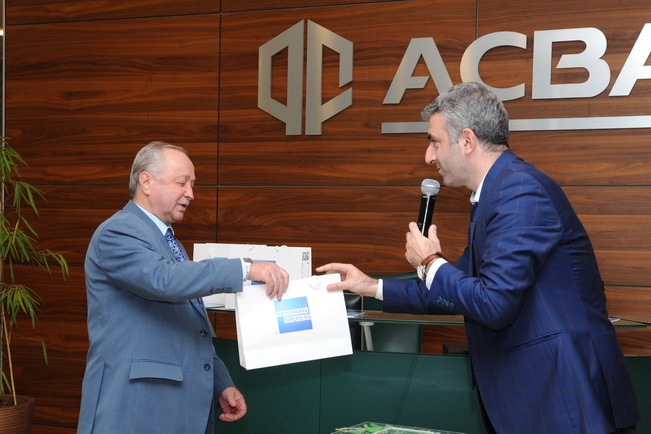 On October 10, the #myamexcard contest previously announced by the bank was summed up at ACBA-CREDIT AGRICOLE BANK’s Armenia branch. The contest was held for American Express cardholders issued by ACBA-CREDIT AGRICOLE BANK and made available to win 5 iPhone 7 for those who would either make payment transactions via American Express cards and post on Facebook the photos of the American Express logo or the card at the store with #myamexcard hashtag, or just sharing those public posts of others with the same hashtag through the period July 10-September 30 inclusive.

As it was announced previously, the draw was held on random basis.

The winner cardholders are:

Naira Barseghyan/ the last digits of the card *7640,

Lusine Mnacakanyan/ the last digits of the card *4742,

Emi Harutyunyan/ the last digits of the card *6311,

Anahit Gevorgyan/ the last digits of the card *8472,

Winners of the drawing can receive their prizes visiting ACBA-CREDIT AGRICOLE BANK head office at 82-84 Arami.

We are waiting for you with pleasure.