Exchange rates calculator
In case of conversion of  more than USD 25,000 or equal currency the transaction is carried out on a contractual basis, at the Bank's discretion and at the rate specified by the Bank.
An amount of 400,000 AMD (inclusive) or equivalent foreign exchange transactions is required to submit an ID.
There are no commission fees for conversion transactions.
Damaged USD and EUR banknotes as well as USD banknotes  1995 issuance are subject to a 3% commission.
Banknotes with a face value of 500 Euros are not accepted by the Bank, converted or replaced.
Stepan Gishyan charity foundation to provide grants to five programs in 2018 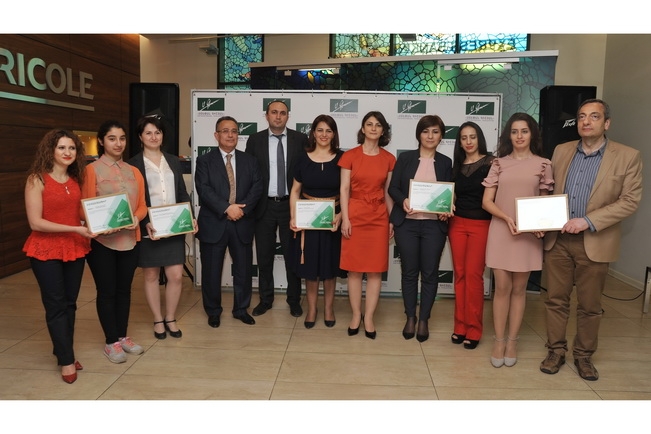 The Stepan Gishyan charity foundation summed up the results of grant competitions, announced at the beginning of the year. In 2018, the foundation has received 220 applications, by 80 applications more than in the same time span of 2017. According to the decision of the foundation, assistance will be provided to five organizations that submitted their programs.

Grants will be provided to the programs submitted by the following organisations:

A separate class will be created in Hrazdan School N11 with in-depth study of the French language for 1,200 pupils. Another program will be implemented in the Shinuair community of the town of Goris. More precisely, the Resource Center for Women's Development will purchase sewing and wool spinning machines for this community, and new jobs will be created. The Byurakan Observatory will develop the so-called scientific tourism. This year the foundation will also help children with disabilities and their parents. Also an engineering laboratory Armath will be established in the border village of Movses.