Exchange rates calculator
In case of conversion of  more than USD 25,000 or equal currency the transaction is carried out on a contractual basis, at the Bank's discretion and at the rate specified by the Bank.
An amount of 400,000 AMD (inclusive) or equivalent foreign exchange transactions is required to submit an ID.
There are no commission fees for conversion transactions.
Damaged USD and EUR banknotes as well as USD banknotes  1995 issuance are subject to a 3% commission.
Banknotes with a face value of 500 Euros are not accepted by the Bank, converted or replaced.
Football for children. ACBA-CREDIT AGRICOLE BANK and Armenian journalists’ football teams 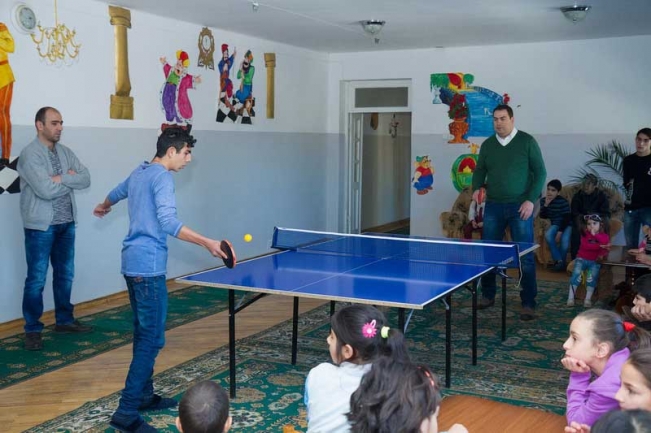 The children of Gavar orphanage and Khachik village received sports equipment by ACBA-CREDIT AGRICOLE Bank and Armenian journalists’ football team. The equipment was purchased thanks to the charitable football match with the participation of the World and Europe champion Youri Djorkaeff.

“Helping the children is our obligation. We are happy that as a result of the event organized by ACBA-CREDIT AGRICOLE Bank and Armenian journalists many children have an opportunity to do sport more actively. I am sure, this is not our last joint initiative and in the future we will try to do more”- mentioned the captain of Armenian journalists’ football team, chief editor of “Mediamax” media company D. Alaverdyan.