Exchange rates calculator
In case of conversion of  more than USD 25,000 or equal currency the transaction is carried out on a contractual basis, at the Bank's discretion and at the rate specified by the Bank.
An amount of 400,000 AMD (inclusive) or equivalent foreign exchange transactions is required to submit an ID.
There are no commission fees for conversion transactions.
Damaged USD and EUR banknotes as well as USD banknotes  1995 issuance are subject to a 3% commission.
Banknotes with a face value of 500 Euros are not accepted by the Bank, converted or replaced.
ACBA-CREDIT AGRICOLE BANK- the winner of the annual PR award 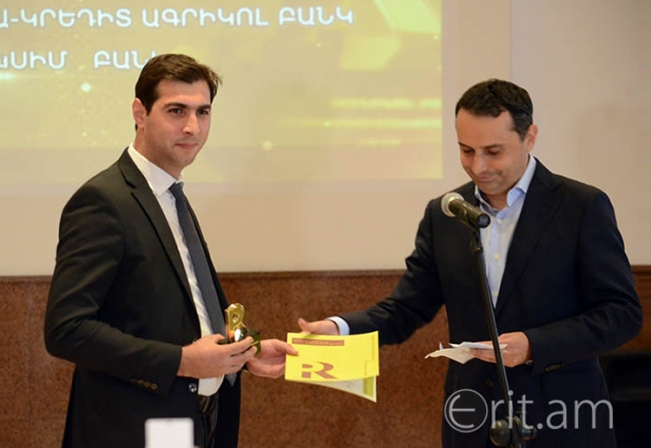 ACBA-CREDIT AGRICOLE BANK was awarded as the winner in this year’s financial PR category.

The winners were selected based on the results of the research in the field of public relations conducted by 50 experts, 50 editors and journalists in 7 focus-groups.

The press secretary of RA Minister of Defense Artsrun Hovhannisyan received the award as «The Press Secretary of the Year», and «Mediamax» news agency was announced «The Mass Media of the Year».