Exchange rates calculator
In case of conversion of  more than USD 25,000 or equal currency the transaction is carried out on a contractual basis, at the Bank's discretion and at the rate specified by the Bank.
An amount of 400,000 AMD (inclusive) or equivalent foreign exchange transactions is required to submit an ID.
There are no commission fees for conversion transactions.
Damaged USD and EUR banknotes as well as USD banknotes  1995 issuance are subject to a 3% commission.
Banknotes with a face value of 500 Euros are not accepted by the Bank, converted or replaced.
IIA-Armenia Conference 2017 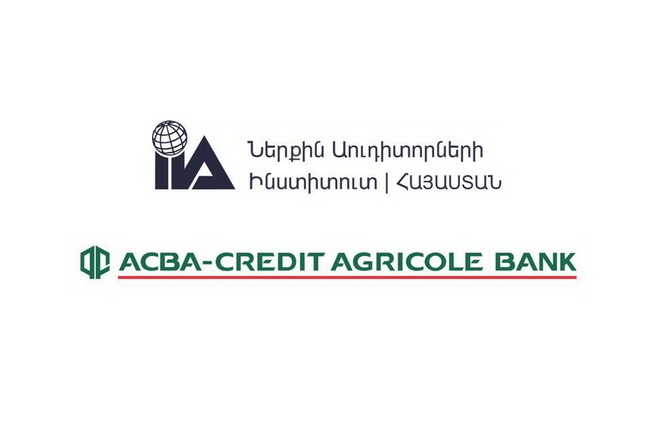 The Conference of “Institute of Internal Auditors-Armenia” took place in Aghveran, followed by the annual meeting of the members.

During the conference there took place active discussions, constructive proposals and exchange of experience. A proposal on involvement in the public sector working groups was made, which had a positive response by Finance Minister Vardan Aramyan.

There were presented the activities done by the Institute, also the IIA-Armenia Council was re-elected and two new members joined.

The main sponsor of the conference was ACBA-CREDIT AGRICOLE BANK.