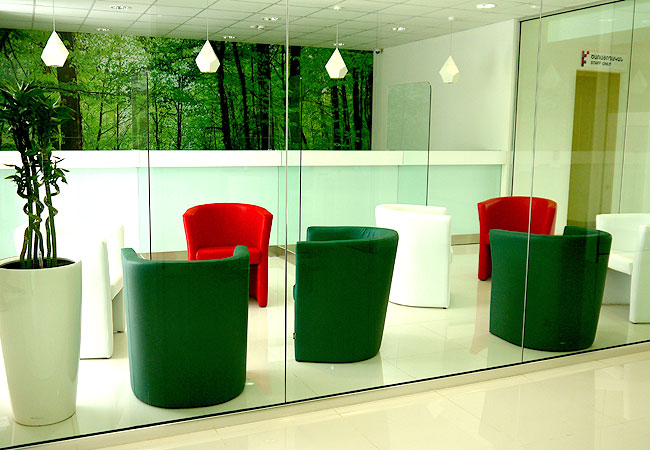 About bank
Achievements of the Bank

Starting from 1996 up to now ACBA-CREDIT AGRICOLE BANK has registered dynamic growth rates and is currently one of the largest and financially sustainable banks in Armenia.

Due to its financial stability and reliability, the Bank has gained a good reputation and trust both in Armenia, as well as in the international financial arena.

Various international, financial and agricultural organizations have shown great interest and willingness to cooperate with the Bank. There are also favorable conditions for cooperation with international organizations because some of them view the bank as a financial instrument and the other part as an instrument for implementing agricultural programs.

The Bank's activities were originally aimed at financing Armenia's agriculture. In 1996, the bank provided only short-term seasonal agricultural loans. In the years following its establishment, the bank has also gradually extended loans for non-agricultural programs in rural areas and, since 1999, for small and medium-sized businesses. Currently the bank offers a variety of universal credit products and is one of the leaders among Armenian banks in terms of volume of credit investments in real economy. Credit investments are central to the bank's long-term development plans.

ACBA-CREDIT AGRICOLE BANK continues to be the first of its kind by tradition and in 2011 for the first time in the history of the Armenian banking system, the credit portfolio of ACBA-Credit Agricole Bank exceeded AMD 100 billion.

ACBA-CREDIT AGRICOLE BANK operates in all regions of Armenia.