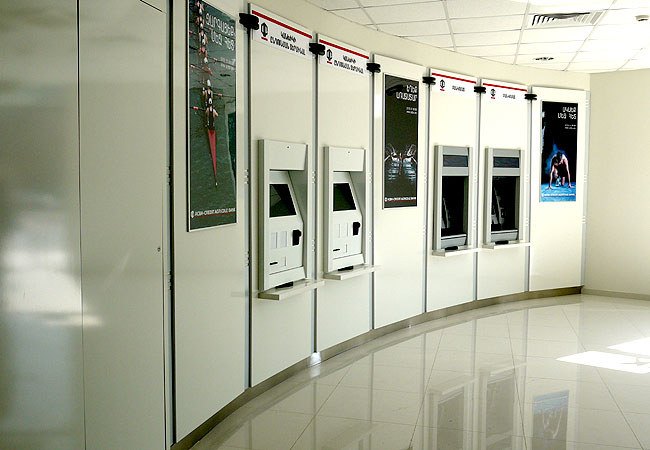 ACBA Bank offers up to 100% interest rate subsidy to legal entities and individual entrepreneurs within the framework of the first measure to neutralize the economic consequences of the coronavirus implemented by the Government of the Republic of Armenia.

The maximum amount of the subsidized part of one economic entity within the framework of this program - 1 billion AMD or equivalent foreign currency.
Security
More »
Security

The customer to be credited within the framework of the program shall be a private commercial organization or private entrepreneur (except for licensed activity (except for health, transport, education)) / or commercial organizations, with state participation, registered in the territory of the Republic of Armenia, which has a commercial activity for at least during one year preceding the submission of the loan application, and has a good credit and tax history, i.e.:

According to ACRA, during the 12 months preceding the loan application date, it did not have overdue loan liabilities of 30 cumulative days or more.

In regards to the customer:

a. No administrative proceedings have been instituted against the economic entity for collecting the unfulfilled tax liabilities during the 365 days prior to the filing date of the application, or

The loans are provided for the following purpose:

Up to 60 months, but the subsidy defined by this program is implemented only for loans up to 24 months in AMD, and in the case of foreign currency loans - for a period of 6 months.

In case of AMD - 250 mln AMD per economic entity, and in case of foreign currency lending - equivalent to 125 million AMD.

Additional documents and information may be required due to various circumstances.

1 Documents are required if the data or documents in the database of the state register of the RA Ministry of Justice are missing or incorrect.

2 The certificate can be obtained from the Bank or the State Register Agency of the Ministry of Justice of the Republic of Armenia, whereby the submission of the certificate by the legal entity customers is obligatory, while it is mandatory for the private entrepreneur customers in case of not submitting the state registration certificate with its inserts.

3 May be submitted after the Bank has made a positive decision on the loan.

If you do not have an account in the bank, it is required to submit the necessary documents (originals) for opening an account in "ACBA Bank" OJSC.

Entities that have received assistance under this program shall reorganize into a joint-stock company within 90 days upon receiving the loan and submit a summary report of the corporate governance practice analysis to the financial institution, including the corporate governance improvement program and performed works. In case of non-fulfillment of the mentioned condition, the process of subsidizing the interest on the loan provided to the given economic entity is terminated, and the subsidized amounts paid by the state are subject to repayment through the bank.